For He Can Creep (Siobhan Carroll)

Now that there is a 2020 Eugie Award winner, I absolutely have to remedy the mistake of not urging you enough to read her story: “For He Can Creep” by Siobhan Carroll is told from the point of view of a cat. And not just any cat, but distinguished, treat-loving, fierce-clawed Jeoffry, the feline visitor to a 19th century London asylum fighting the demons torturing the place.

“For He Can Creep” is a classic outsmart-the-devil story, but it is so much more: its protagonist’s cattiness is captured in every hiss and every purr, and he has to give his best performance to defend his incarcerated poet against the nastiest of foes. If you love non-human POVs, this one is for you.

And the best thing is: “For He Can Creep is”, title and all, based on a real poem! I had to look this one up, and I was delighted to find that there was a story behind the story.

For He Can Creep, free to read at Tor.com, has also been a Hugo, Nebula, and Locus Award finalist, and is nominated for a World Fantasy Award.

Small Crush: Every Heart a Doorway

Magical Boarding Schools are not exactly my kind of thing. When characters in stories have to go to school, I tend to skip whole passages, unless it’s Jo Walton’s Morwenna in Among Others, who hates her school experience in a very relatable and well-narrated way.

So I was genuinely surprised when I came upon Seanan McGuire’s Every Heart a Doorway in my Hugo readings and began to feel this novella was written for me. 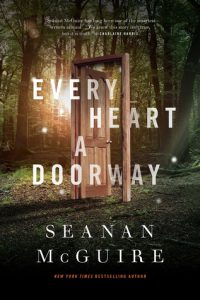 Its main emotion is longing, an unhealthy and absurd longing not to live in this world anymore. It’s the main motivation of every student in Eleanor West’s Home for Wayward Children, because everyone of the girls (and very few boys) there has once been lost, following a path to another world, and now all they want is to go back there, where they feel they truly belong.

Or so they say.

Their parents see another story, of troubled young minds and traumatised kids they can’t reach anymore.

There are so many layers and ways to read Every Heart a Doorway: is it a metaphor about growing up and leaving childhood dreams behind? Does it tackle mental illness and trauma? Or is it a fairytale, where special children are called to other worlds?

It is, first and foremost, acknowledging that people have very different needs. Some will never fit in, and they will break under the expectations and demands of the world. Unless someone offers them a place to be themselves, and that’s what Eleanor West (whose own story is one of the heartbreaking moments of this novella) does.

But her small bubble of inclusion is threatened when students start to get murdered. The whodunit part of Every Heart a Doorway is not its main feature, though – it’s the diverse and varied bunch of characters and their stories instead. That’s why the murders hit so hard; they show very clearly the stories that are left unfinished. From goth-like, fascinated by death Nancy to wannabe mad scientist Jack, these characters are somewhat quirkier than your standard magical boarding school students.

I’m still not sure what to think about the ending. It was a little bit anticlimatic, so very easy, and it seemed to narrow down the story and to factor out some severe implications. Discussing it with a friend, I found it could still be ambiguous, Pan’s Labyrinth style. If anybody wants to know more or discuss, I’ll write some spoiler-y thoughts in the comments section.

Every Heart a Doorway starts the Wayward Children series, and I’m also not sure I needed to know more, because it was pretty self-contained. But I’m willing to get surprised once more.

Yeah, it’s not exactly the season … but I’m still fighting my deadlines (this time for a not-so-small, but very urgent licensing project), so I need something calming. Enter Minuscule, a French children’s show about insects. What’s interesting about the five-minute episodes created by Hélène Giraud (daughter of comic artist Moebius) and Thomas Szabo is that they come without any dialogue. The inner lives of the adventurous tiny heroes (animations blending into live action nature shots) are relayed by sounds and insect facial expressions only.

Nothing much happens in the short episodes (but the feature-length film emerging from the show, Valley of the Lost Ants, boasts a thickened plot by adding warring ant tribes and the coming of age of a ladybeetle hero – also highly recommended). They are simply charming and relaxing. And the meadow world is a serious (more or less) take on a self-contained insect cosmos.

Enjoy, or watch it here (if you’re in a country without restrictions) or here. 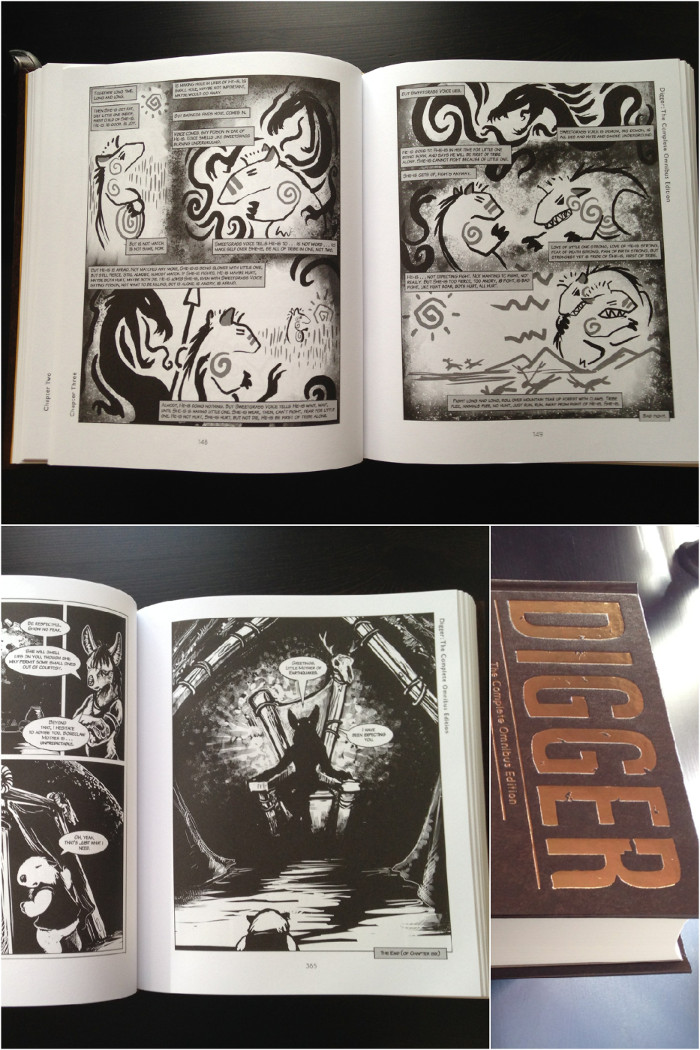