My one big love of 2016 was Firaxis’ XCOM 2. This game managed to look good, sound good and feel good in all the right ways (if you’ve got that soft spot for guys shooting slimy aliens and crave a healthy dose of military sf every now and then). And it got me invested in my underdog crew and my beautiful stolen starship on a level I seldom experience with a game. 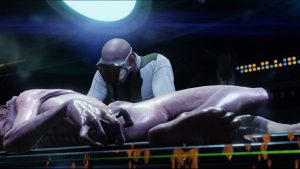 Your chief science officer is also fond of oozy-snotty-slimy-wimey stuff.

X(-)COM has been reigning supreme in the Earth-vs-Aliens genre as long as I remember, but this latest installment even beat the one time my character in a pen & paper UFO campaign owned a collection of more than 40 samples of oozy-snotty-slimy-wimey stuff. Dr. Tygan would have been proud of me!

Anyway, bad news for XCOM veterans: You fight a guerrilla war now, and nothing else has changed; the aliens are out there, and they are scary as hell and bear no love for humanity. It’s your job to face this threat. Against the will of (most of) humanity, that is, and without government funding.

One thing I like more than anything else in gaming is when game mechanics and storytelling go hand in hand. XCOM 2 does this so beautifully you’ll want to cry: you’re operating on very limited resources, just barely staying afloat. Strategy games aren’t exactly known for their quality stories, but XCOM 2 starts with giving you a bunch of memorable characters with their own quirks and in-jokes. You just gotta love grumpy Central, missing his old sweater and giving the general impression that he would kick the aliens back to where they came from single-handedly, if he could just bring himself to leave the Commander’s side (and the Avenger’s bar).

Everyone complains about how I fly the ship, but I don’t see anyone other than the autopilot stepping up.
– Central Officer Bradford

There is also a fascinating level of equality and diversity going on here, which really is something for a game in a typical boys’ club genre (militaristic, strategic, round-based). It starts with the Commander, who gets to play a bigger role this time, apart from being the substitute for the player. Very cleverly, the Commander’s gender is never stated, nor is it ever shown clearly. With this, you’re able to really step into those shoes, and for me, it makes all the difference. Shout-out to all my fellow female Commanders out there – Vigilo Confido, ladies!

And it gets better when you start recruiting rookies from all over the world and all walks of life. They’ll wear scarfs and bandannas and hockey armor and whatever is close at hand when you have to join the resistance against the alien overlords of the Earth in a hurry, but there’s not a single high-heeled amazon or boob window to be seen.

Most of Earth’s population did fall for the aliens’ propaganda, though, enthralling them with – no jokes – yummy free burgers and, ok, super high end health care, too. So your bunch of misfits has to take to the field. This is where the real magic happens: XCOM 2 gives you all you need to tell your very own war story: cinematic shots of your squad in action, heroic debriefings for the survivors, a sad memorial for the deceased, a range of voices, personalities, idle actions and fancy nicknames. And if you’ve got the smallest spark of a storyteller in you, you’re going to dive into the narrative. You’ll crave the moments when they make the day, and yell at them (often!) for messing up a perfectly good shot. And in the end they’ll be the heroes of YOUR story, and that’s what emergent gameplay is all about, I’m told. 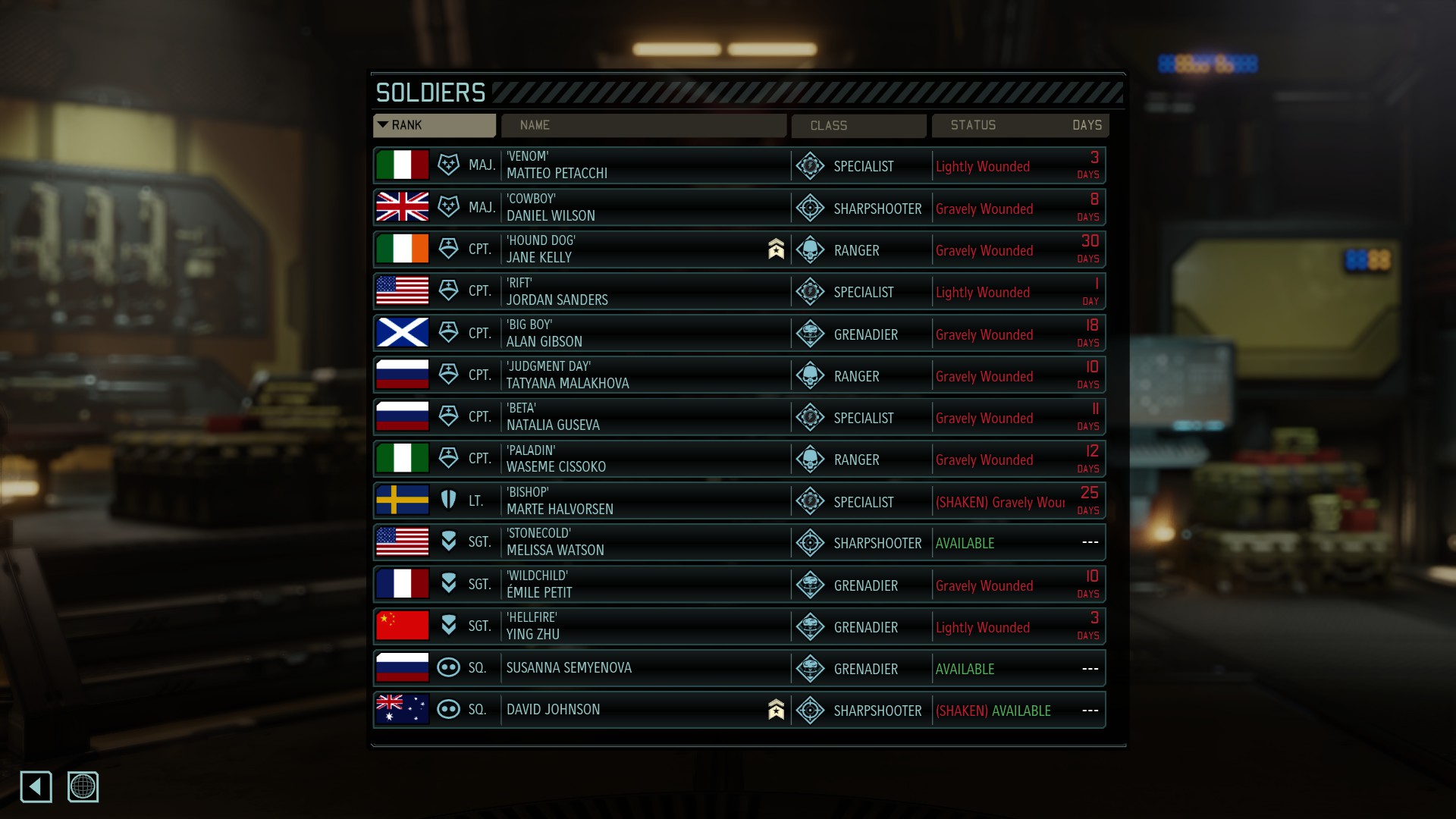 This is one mean game.

I even enjoyed the (probably buggy) extra time when your squad is delivered to and from their missions, idly fidgeting around, mood strongly depending on your leadership skills. You’ll want to be a very committed Commander. And this game is mean. If you produce a strategic fail or even a wrong click, you will be punished. The enemy will shoot, burn, poison and mindfuck the shit out of your guys, and friendly collateral damage is also a thing. At crucial events it is not entirely impossible for you to realize you botched your whole campaign.

As you gradually unveil the secret of the alien rule, your story comes together so beautifully that it hurts a little when the ending hits fast … and not completely satisfying. It has its moments, but the suspense created beforehand seemed to hint at something larger. I would have liked to see a twist, something more ambivalent, some more struggle. More struggle, you say? Isn’t this a mean bastard of a game already? Well, if you don’t rush your campaign, you’ll have developed everything to the max for the endgame, and that’s when things become kind of evened out between you and the aliens.

On the other hand, I had lost my heart long before this point, and I guess I’ll have to try out this new Long War mod I keep hearing about and raise another bunch of rookies to heroes.

Sunday Story Time: Love Is the Plan the Plan Is Death